The store will not work correctly in the case when cookies are disabled.

We heard the rumors of how hard La Ruta is to complete. We can put those rumors to rest, it is a beast. Check out WEDU's film as Mike Kloser and Lance Armstrong take on La Ruta.


THE TOUGHEST RACE IN THE WORLD

"Every year, hundreds of the very best mountain bikers and endurance racers from around the world come to Central America to test themselves in this unique odyssey of distance, geography, climate and culture. La Ruta, the only bike race that traverses the American land mass from coast to coast — from Pacific to Atlantic —is no easy day at the beach. Between its sea-level start and finish, the 161-mile route crosses 5 mountain ranges that force you climb a cumulative 29,000 feet! The daunting terrain is so harsh that half a millennium ago it took Spanish conquistadores led by Juan De Cavallón 20 years to cross the land of Costa Rica from the Pacific to the Caribbean Sea; today, following almost the same trails they blazed, modern-day explorers racing on mountain bikes will do it in 3 days."


"But the legendary difficulty of La Ruta is just one reason why this adventure will take your breath away. Its setting is one of the most special places on earth. Costa Rica has been called "the most biodiverse place on the planet" by National Geographic because it packs a full 5% of the Earth’s species of birds, plants and animals onto just 0.01% of the planet’s land mass."


"La Ruta riders get a chance to see and hear many of them as they travel through nine of the country’s twelve different microclimates. As the route snakes through tropical rain forest, 12,000 feet volcanoes, banana plantations and tiny farm towns, it alternatively drenches you in rain and freezes you in high elevation. Over every imaginable riding surface— singletrack and fireroad trails, gravel, hard-packed dirt, pavement, thigh-deep mud, sand, volcano ash, and more — the route will have you making endless granny-gear chugs, hike-a-bikes, and white-knuckle descents through and over rain forests, sweltering jungle, steaming volcanoes, breezy coastline, suspended bridges and deep river gorges." 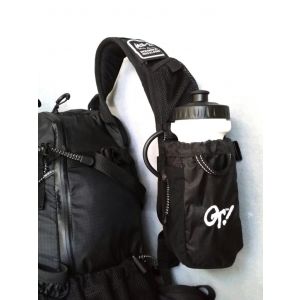